The London–based operator of urban non-residential meeting facilities, etc.venues, broke into the U.S. market in March 2020, opening its first location in New York City. The company followed up with a second Manhattan venue in June 2021, and it’s just announced a third.

The new site is located at 810 Seventh Avenue, a 41-story building five blocks north of Times Square, six blocks south of Central Park, and a block and a half west of the Museum of Modern Art. It plans to open before the end of the year with seven meeting spaces across the building’s 22nd and 23rd floors. The largest room will accommodate up to 140 people theater style.

Nick Hoare, COO at etc.venues, see continued U.S. expansion for the brand. “The success of our two existing NYC properties plus a healthy sales pipeline supports our planned further expansion at 810 Seventh Avenue. This is the first of what we expect to be several n 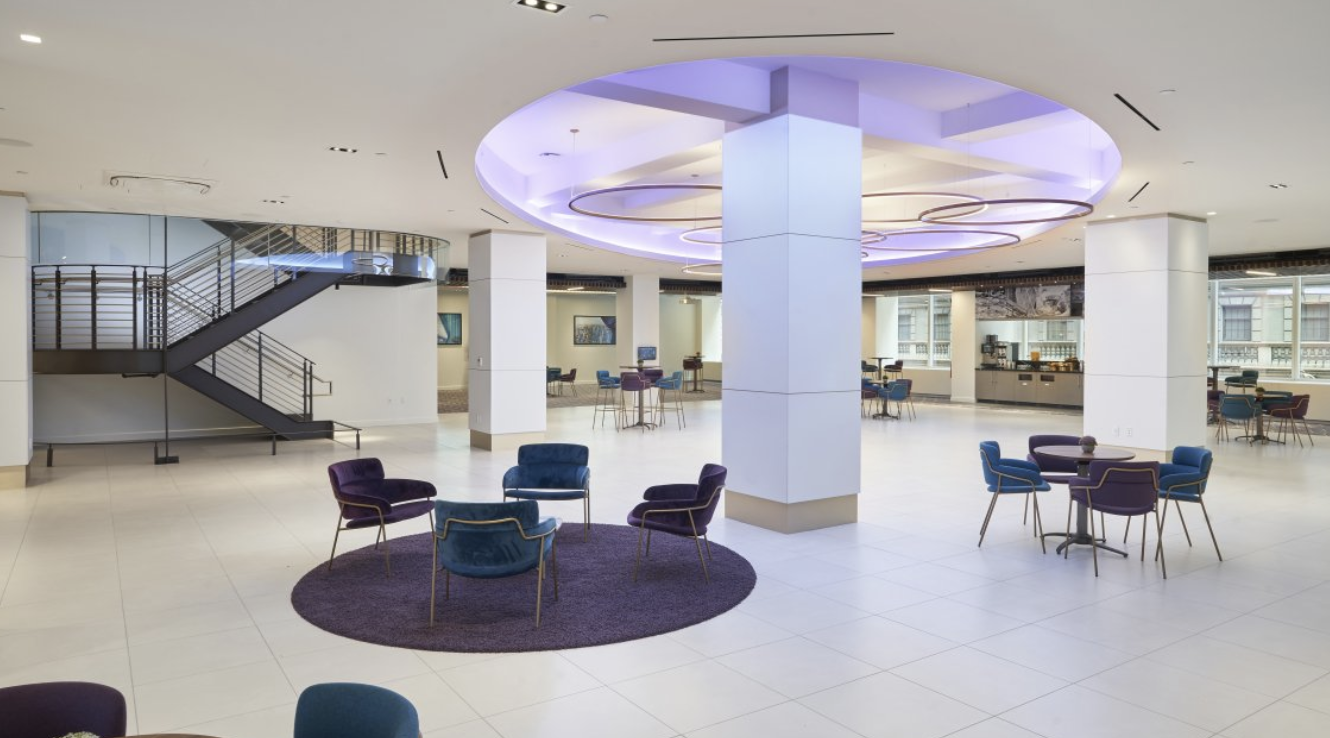 ew openings in the next few years as we step up investment and recruitment in the U.S.”

With the new location, etc.venues will offer a total of 30 meeting spaces across 100,000 square feet in the city. The other locations are 360 Madison Avenue (shown left), about three blocks from Grand Central Station, and 601 Lexington Avenue, half a block from the Lexington Ave./53rd Street stop on the E and M subway lines.