Amazon pledges $20 billion in exports from India by 2025 – TechCrunch 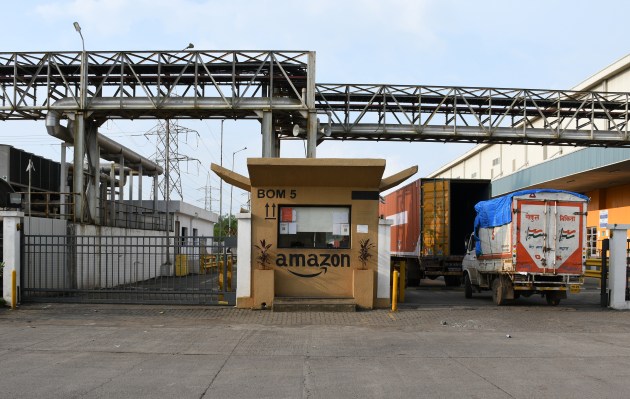 Amazon said on Wednesday that it aims to export locally produced Indian goods worth $20 billion by 2025, doubling its initial goal of $10 billion set for the same time frame as the e-commerce group attracts over 100,000 exporters in the key overseas market.

It took the company — which launched its exports program, called Amazon Global Selling, in India in 2015 — three years to clock exports of $1 billion from the country, it said. The firm added the last $2 billion in just 17 months, it said at a virtual event Wednesday. In total, the company said it is on track to hit $5 billion in cumulative exports from India.

“We are excited to build a strong foundation for MSMEs to realize their export potential, help them become globally competitive and contribute towards honorable Prime Minister’s vision of making India an export powerhouse,” said Amit Agarwal, SVP of India and Emerging Markets for Amazon, at the event.

The company has enabled merchants from India to sell to customers worldwide through Amazon’s 18 international websites including in countries such as the U.S., the UK, Canada, Mexico, Germany, Spain, Australia and France, it said.

At an event in New Delhi in early 2020, headlined by the firm’s founder Jeff Bezos, Amazon pledged to export $10 billion of goods produced in India by 2025. At the time said, Bezos said, “our hope is that this investment will bring millions more people into the future prosperity of India and at the same time expose the world to the ‘Make in India’ products that represent India’s rich, diverse culture.”

At the event, the company also announced an additional investment of $1 billion in its India operations over the next five years. Amazon has unveiled an investment of over $6.5 billion in India to date, aggressively betting to turn the world’s second largest internet market into its next major region.

But the company’s ambitions have seen several roadblocks in the country. It has been the subject of multiple investigations, an antitrust probe in the country and has had to lock horns with Reliance Retail, the largest retail chain in the country that is run by Mukesh Ambani, one of Asia’s richest men.

The American firm spent over two and a half years across multiple courts fighting to stall the merger between Reliance Retail and Future Retail, the country’s second largest retail chain. (Amazon is an investor in a unit of Future Group.) Its wish came true, kind of, last month after Reliance called off its $3.4 billion merger deal with Future Retail. However, the country’s most valuable firm has succeeded in expanding its network of stores with Future assets by cleverly brokering deals with landowners and storeowners who had leased the facilities to Future.

In a newspaper ad earlier this year, Amazon accused its estranged partner and Reliance of indulging in fraudulent practices and attempting to “remove the substratum of the dispute.”

“MSMEs are the backbone of India’s economy, contributing to around a third of India’s GDP and driving nearly half of the country’s exports,” said Narayan Rane, Union Minister of Micro Small and Medium Enterprises, said in a statement today.

“Enhancing the export potential of Indian MSMEs is a key government priority and efforts are being made to support Indian MSMEs for their success in international markets. Amazon’s continued efforts towards enhancing the share of MSME exports is commendable, and their commitment to enable $20 billion of exports by 2025 is very timely. I would like to congratulate Amazon and all the MSMEs for playing an important role in driving export-led growth to help realize the vision of an Aatmanirbhar Bharat.”

Great Meetings are in the Great Outdoors at SunRiver Resort